We’ve long felt that the campus visit was the best way to learn about the colleges you are considering. By visiting, prospective applicants were able to judge college fit and could picture themselves living on campus and participating in the college community. But now, with campuses closed due to the coronavirus outbreak and with students sent home to complete the semester online, high school juniors and seniors need to go to their back-up plans.

Let’s start with the students making final decisions about which college to attend. Most were hoping to attend accepted student days or to revisit campuses and possibly attend a class or stay overnight in a dorm. What should these seniors do now to help them choose between the colleges that have offered them a place in the freshman class?

Begin by checking with your colleges about their plans for virtual accepted student days. Sign up for the Facebook Accepted Student groups for each of the colleges on your shortlist and engage with the group members. Reach out to your regional admission representative via phone or email. Ask for their recommendation on how best to virtually experience the college. See if they can connect you with a student ambassador using Skype or FaceTime or put you in touch with a current student in your intended major. Use social media to get a better feel for campus life. YouTube videos, Instagram and Snapchat are all useful here.

Explore the college website. Check out curriculum requirements for your intended major. If undecided, investigate advising resources for students unsure of their path. Go to the student life section and check on student groups and organizations. Are their groups you are eager to join?

Finally, make a spreadsheet of pros and cons. List all of your “must haves” and compare your colleges in relation to each characteristic. Don’t forget the financial aspect—which colleges have offered you aid, what will your net cost of attending be, how long will it take you to complete your degree?

Be sure to check on each college’s final enrollment date. Although this has traditionally been May 1st, there has been a growing number of colleges that have pushed back their deadline to June 1st this year to help students make better informed decisions.

Many juniors were looking forward to spring break college tours to help them decide on their college application list. Without the traditional campus visit, they’ll need to utilize other types of resources. Virtual tours through YouVisit or Campus Reel or YouTube will provide both college-produced videos and those uploaded by current and prospective students. Watch both since the point of view will be different.

Dive deeply into the college websites. Review the mission statements, academics and student life sections. Read the colleges’ newspapers to get an idea of issues that concern different student bodies. Reach out to your regional admission officer asking how you can best experience their institution virtually. See if they can connect you to a student ambassador through Skype or Facetime. Ask about the admission officer’s plans for visiting your area or high school in late spring or summer. When you have real questions about the college, reach out to your admission officer and ask them. Be aware, too, that many requirements for the class of 2021 may change. Make sure that you are on the college’s prospective student list so they will keep you informed about changes and or meetings.

At this time, none of us knows how the pandemic will play out in the United States. If restrictions (and danger) subside relatively quickly, campus visits may be resumed in the summer or fall. If you have carefully researched the colleges on your application list, you’ll know which ones will be most important to visit once you are able to do so.

Making the Most of This Enforced Down Time 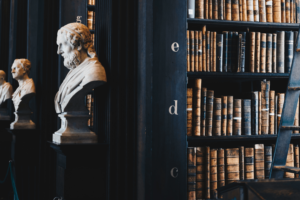 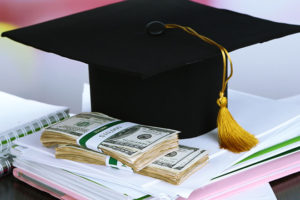