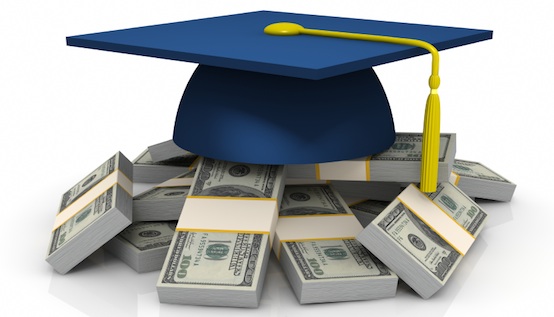 A few months before your child starts college, you’ll receive a bill from the college for your child’s first semester (or quarter) of expenses. The college will deduct any financial aid or scholarships, and the bill will show the amount you – the parent – will need to pay before school starts. If you have enough on hand to pay the full amount, simply write out a check and mail it in by the specified date. This is the easiest and most cost efficient way to cover the balance due. However, if you can’t pay the full amount, or prefer to break the bill down into smaller payments, you have several other choices. Here are three common options, along with their pros and cons.

Installment Payment Plan. Many colleges offer deferred payment plans that let parents spread payments over the course of the school year. A typical plan divides payments over nine or ten months. For example, if your balance is $10,000, you’ll pay $1000 a month for ten months. Before signing up for an installment payment plan, read the fine print carefully. Most plans include a service fee, which is usually under $100. Some plans may also tack on interest, and there may be added fees for late payments or for paying by credit card. Some colleges manage the plans themselves, while others use a third party service firm. However, if you can’t or decide not to pay the entire bill all at once, an install-ment payment plan frequently works out to be the least expensive and easi-est way to distribute payments over the course of the year.
Parent PLUS Loan: Parent PLUS loans are Federal loans designed to help parents pay for college costs. Parents may borrow up to the total cost of attendance, minus any other financial assistance received by the student. Repayment begins 60 days after the loan is disbursed, although some parents may qualify to defer payments until after the student leaves college (note—interest continues to accrue during deferment). The current interest rate on PLUS loans is 6.31%, which is fixed for the life of the loan. There’s also a loan origination fee of 4.276% of the amount borrowed. For parents earning under $155,000 a year, up to $2500 of interest on PLUS loans may be deductible on their Federal tax return. To apply for a PLUS loan, your family will need to complete the FAFSA financial aid application. Some colleges require additional paperwork. Although the interest rates on PLUS loans are usually lower than a loan from a bank or credit union, the interest rate is higher than for Federal student loans. In general, it’s smart to let your child accept the maximum amount of any Federal student loans they’ve been offered before taking on PLUS loans for yourself. And, as with any loan, you’ll need to consider the implications of borrowing more than your family can comfortably pay back. Still, used wisely, parent PLUS loans can help families finance their expected family contribution to college costs.

Credit Cards. About 85% of colleges now accept credit cards for tuition and fees, according to a 2016 survey by CreditCards.com. On the surface, it seems like an easy way to pay for college, and maybe rack up some rewards points at the same time. However, there are some downsides to whipping out the credit card for college expenses. According to CreditCards.com, two-thirds of colleges charge a service fee – 2.75% is the most common – for this option. So, charging $10,000 in tuition to your card could add an extra $275 to your cost. Add in the higher interest rates generally charged by credit card companies, and the added benefit of those “rewards” start to shrink pretty quickly.

The bottom line: using your credit card to pay the college bill is convenient when you know you’ll pay the full amount at the end of the month, but it’s generally not a smart option if you need or want to spread payments out over time, because of the added fees and high interest rate.

What Keeps College Admission Officers Up At Night?