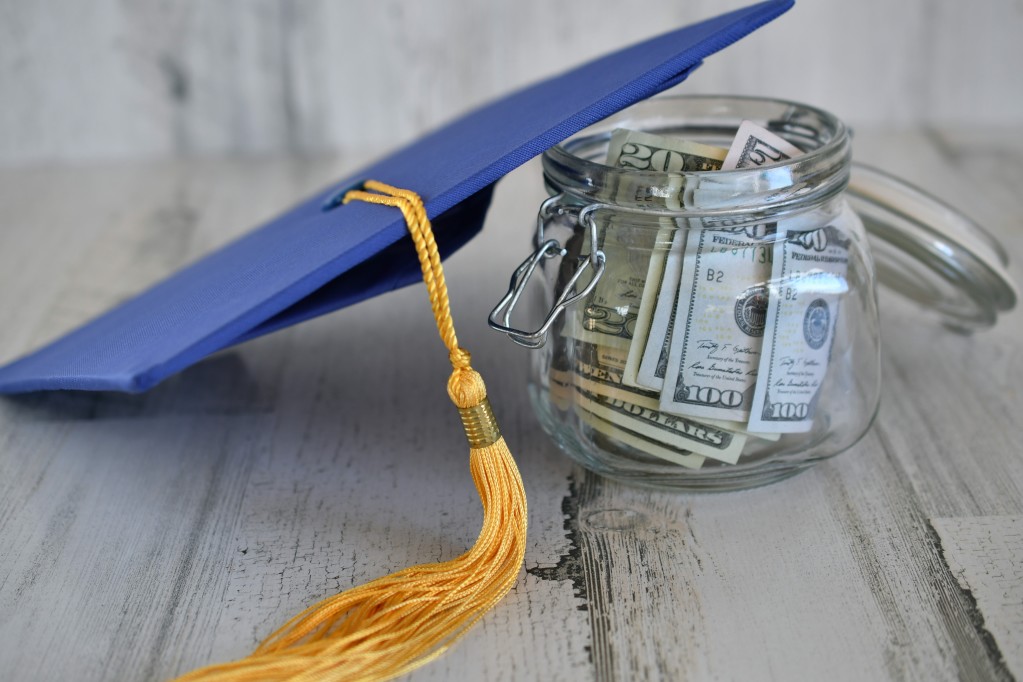 If you’re the parent of a high school senior and you’re thinking about how to pay for college without going broke, it’s a whole new, expensive world. In this world there are just two kinds of mon-ey: “Great money – or Free money” – and “Not-so-Great- money”.

Free Money
Free money is a grant or scholarship that does not need to be paid back. There are two types of “Free money”: 1. Need-based aid and 2. Merit-based aid. The amount of need-based aid a family will receive is determined by the FAFSA (Free Application for Federal Student Aid – www.fafsa.ed.gov) and sometimes by the CSS Profile (www.collegeboard.com/profile).
Merit-aid in the form of tuition reduction, grants and scholarships is a tool used by most private colleges and many public universities to entice the strongest students to apply and attend.
Students can receive scholarships for their athletic, artistic or debate talents as well as for demonstrated scholarship – great grades and strong standardized test scores. Many public universities have also created prestigious Honors Colleges, and these opportunities often come with a variety of perks including early class registration, small-er classes, honors dormitories and attractive scholarships.

The Ivy League colleges as well as a few of the most selective colleges in the country, including Stanford, MIT and Georgetown, do not offer any form of merit aid, but typically have very generous need-based aid. If a student has what it takes to be accepted to any of these colleges or universities, and the family isn’t able (according to the outcome of the FAFSA) of paying full-freight – typically $65,00 – $75,000 per year, finances are not likely to be a barrier. According to Harvard’s website, “parents making less than $65,000 are expected to contribute “$0” and 90 percent of American families would pay the same or less to send their children to Harvard as they would a state school.” Wow, I bet that would shock most families. The big discrepancy comes when many families fall into the “gray zone” – you earn too much to qualify for need-based aid, but not enough to pay a college’s sticker price.

Loans
Often, parents are so afraid of disappointing their children that they “will do whatever we need to do to make it happen.” Frequently, this means taking out loans in both the student’s name and the parents’ names, cashing in policies early, paying penalties and even forfeiting their own retirement money. It would be unwise to attend a high-priced private institution at $65,000/year if the family must borrow substantially. This is especially true if the student is undecided about a major. A student’s college education should not be allowed to disrupt a family’s normal spending patterns and it’s unwise for parents to abandon their own needs. Remember, there is no one perfect college; most students can be happy at a variety of schools. Parents need to be the responsible ones here and consider future employment opportunities and future debt responsibilities.

To learn more about the Financial Aid process,